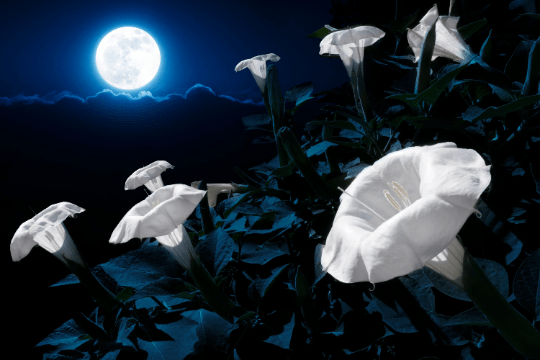 Contents hide
1 Share
2 Where to buy Moon Flowers
3 Moonflower How To Grow
3.1 Light
3.2 Soil
3.3 Water
3.4 Temperature and Humidity
3.5 Fertilizer
4 Types of Moon flower
5 Propagating Moon flower
6 How to Grow Moonflower From Seed
7 Overwintering
8 Common Plant Diseases
9 How to Get Moon flower to Bloom

Moon flowers are beautiful and tend to emerge at night. This makes them a rare nocturnal flower which it’s beauty can also be seen during the day time.

For added interest, mix them in a flowerbed with morning bloomers such as morning glories.

Moonflower is a favorite of pollinators, vining plants grow to 8–12 feet.

A perennial in mild areas, plants are easy-growing, especially in full sun.

Where to buy Moon Flowers

Moonflower How To Grow

Moonflower grows best in full sun, meaning at least six hours of direct sunlight on most days. It can adapt to partially shady conditions, though it might not flower as well.

This vine can tolerate a variety of soil types. But it prefers a rich, loamy soil with good drainage and a slightly acidic to neutral ph.

Soil that’s too wet can cause the roots to rot. Water established plants when the soil begins to dry out. The vine will tolerate short periods of drought, but a long dry spell can kill it.

These vines thrive in the summer warmth and humidity in zones 3 to 9, and will be perennial in zone 10 to 12.

If you live in a cooler climate, wait to plant them outside until the temperature is reliably around 60 to 70 degrees Fahrenheit.

Native to tropical climates, these plants prefer a fairly high humidity level but will tolerate dry air if they are kept well-watered.

Fertilize every three to four weeks with a half-strength, high-phosphorus fertilizer when the plant is in bloom. Avoid high-nitrogen fertilizer, as it can promote excessive foliage growth at the expense of blooms.2

In general, Ipomoea alba is sold without a variety designation. Some similar plants that also use the common name moonflower include:

Moon flowers are fairly difficult to propagate by rooting vegetative stem cuttings, so it’s rarely attempted. However, the plant self-seeds very freely, so it’s quite easy to obtain new plants by transplanting the volunteers that readily sprout up from seeds dropped in the garden. Here’s how:

How to Grow Moonflower From Seed

If you are harvesting seeds from an existing vine, make sure they have fully dried before you collect them from the seed pods left behind after the flowers fade.

Soak the seeds overnight in warm water or slightly nick them with a file to break their hard coating.

Then, plant them about 1/4 inch deep in a seed-starting mix. It’s ideal to use small biodegradable peat pots that you can just bury in the garden, as moonflower doesn’t like its roots disturbed with transplanting.

Place the seeds in a warm spot that gets bright, indirect light, and keep the soil lightly moist until seedlings appear.

Once outdoor temperatures are reliably warm, you can begin acclimating the seedlings to direct sunlight by placing them outdoors for increasingly long stretches each day.

After about a week of this hardening-off procedure, the seedlings are ready to be planted outdoors.

In cold-winter zones where you are growing moon flower as an annual, pull the entire plant from the ground when the flowers have faded and the foliage begins to wither and turn brown.

Leaving the vines in place may lead to a vast number of volunteer seedlings in the spring.

Because these plants self-seed so vigorously, it’s best not to add the dead plants to compost heaps, since many seeds are likely to survive.

In warm-weather zones where moonflowers continue to grow as perennials, winter is a good time to survey the ground and pluck out volunteer plants to prevent uncontrolled spread.

Moonflower can fall prey to black rot, a bacterial disease that thrives in humid conditions. It can be remedied by separating thick vines to promote air circulation, and never watering from overhead or at night, which will keep the plant drier.

How to Get Moon flower to Bloom

The plant produces flowers all summer till the frost: deadhead blooms you can reach, but it will continue to flower if you can’t get them all.

Moonflower generally blooms reliably if it’s getting enough sun and if it’s watered regularly. And adding fertilizer to your watering routine. 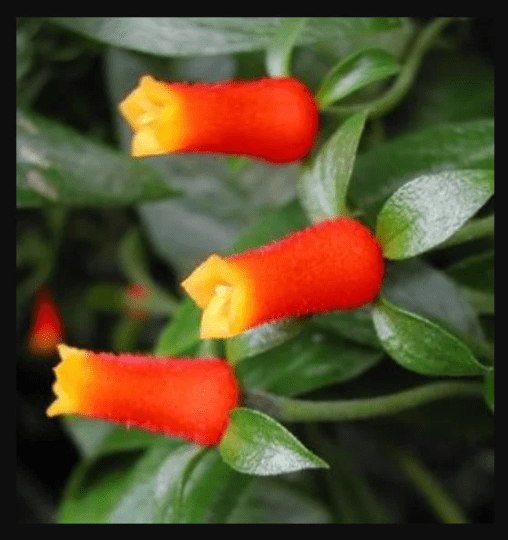 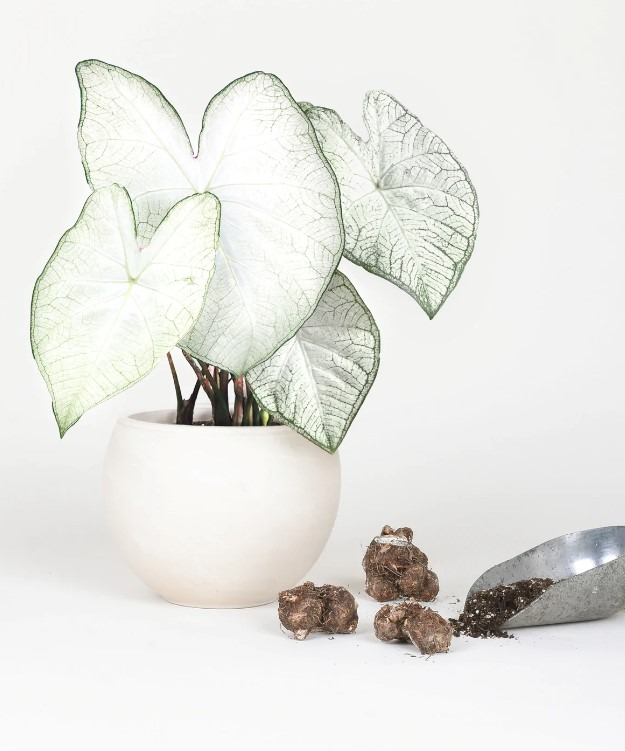 White Moonlight Caladium Bulbs are a variety of […]